BlockGame is a twist on the classic tile matching genre where you control a character stuck in a realm where blocks roam free. Combining platforming and classic puzzle mechanics, players must pick up and throw falling blocks to match them, gaining points and clearing up space to survive for as long as possible. A variety of special blocks make an appearance to spice up the gameplay, including bomb blocks, squirrels and goats, and pinatas.

In addition to the single player mode, there are two local multiplayer modes: 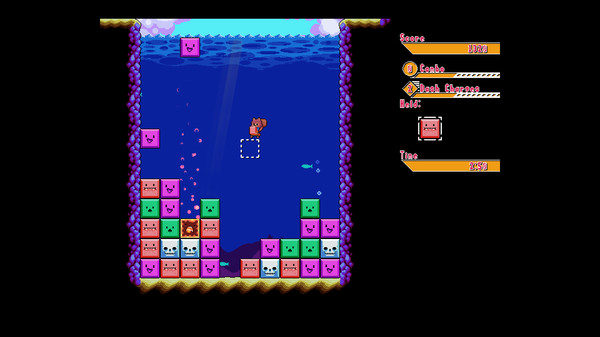 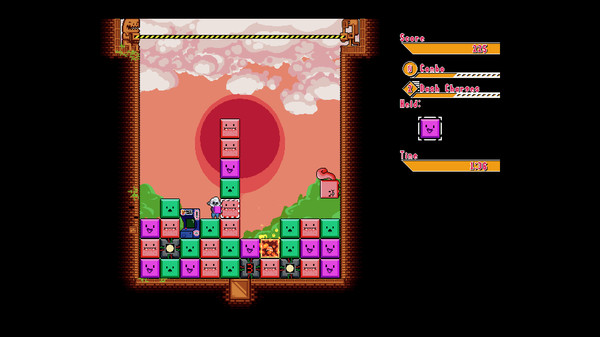 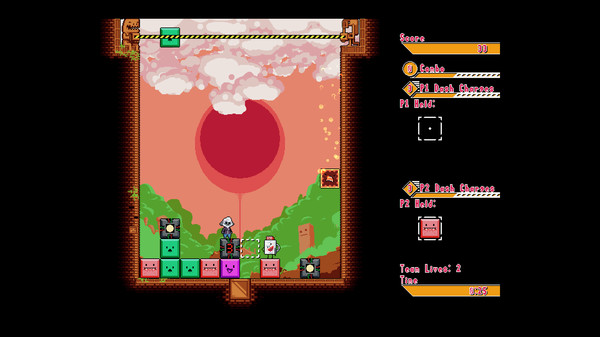 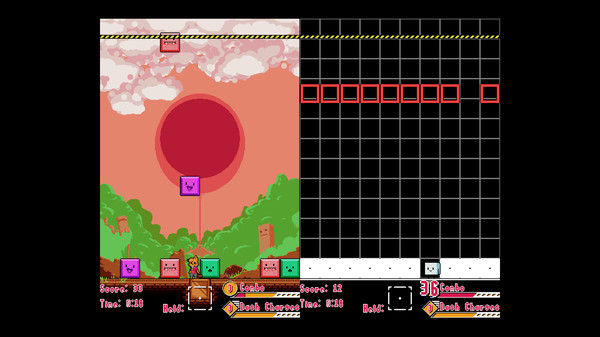 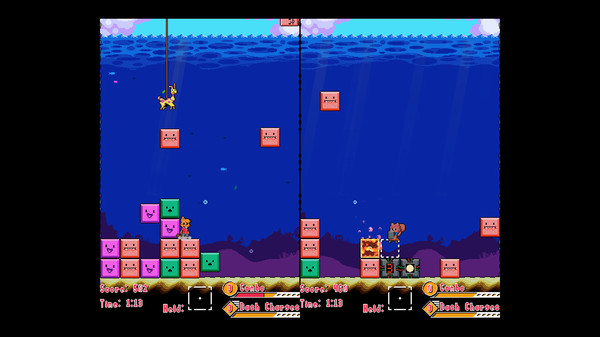