Metagalactic Blitz gives you that euphoric feeling of hurling dodgeballs, but adds the sci-fi weapons you wish you had in gym class! Powershot, reflect, dash, and blast your way to the top in this competitive arena game.

Zomborg is a slow bruiser, excelling at guarding the middle and soaking up damage.

Lt. Justice has fantastic tools for overwhelming, constantly hurling his boomerang shield and backing you into a gravity bomb to set up for a kill.

Maxameleon gains the advantage slowly but surely. He can negate attacks while outliving his opponent as they weaken from his poison.

To master Zandra, perfect spacing is a must. The tip of her sword is especially deadly; swift and accurate combos allow Zandra to dominate the arena.

Metagalactic Blitz is a top-down physics based fighting game. Everyone shares some main dodgeball mechanics (throwing, dashing, and reflecting) and each character also has 3 powerful abilities unique to them.

Zomborg will be our example for abilities. He's a slow bruiser with an arm cannon. If his opponent is close, he can fire a shotgun to rack up damage.

Or, he can combo with his magnet pull for a point blank shotgun.

He can use these tools to zone the other player, by guarding the dodgeballs to gain the advantage.

If you didn't catch that, abilities require 1 power to use, which is gained from picking up a dodgeball. The balls are central to offense.

If his opponent is good at staying out of range, Zomborg can utilize his laser that charges passively over time to root them out.

As more damage is dealt, players are knocked back farther. Knocking them off the stage will eliminate them. 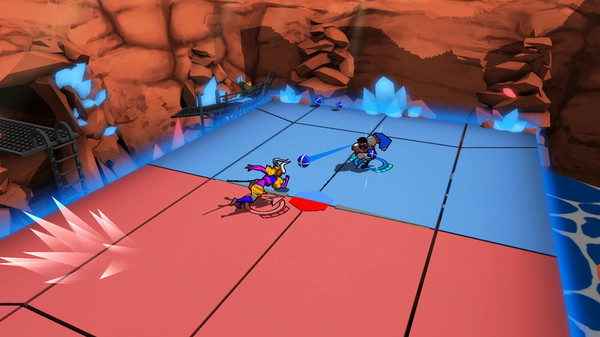 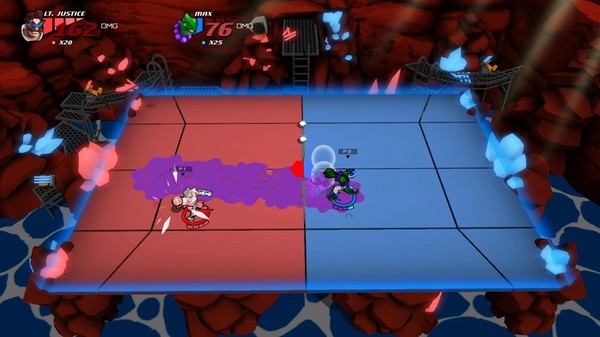 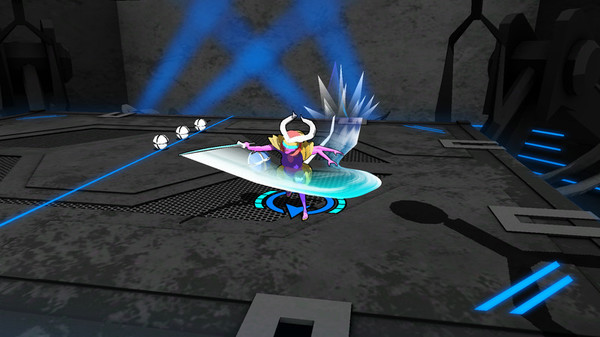 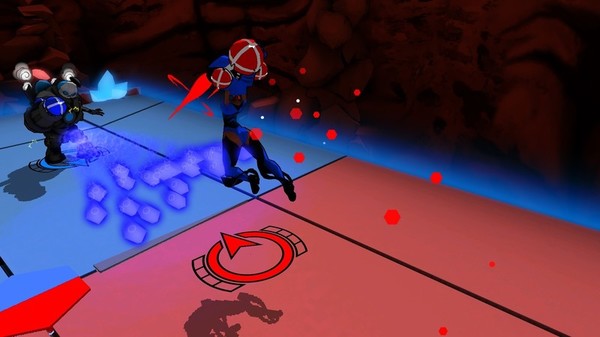 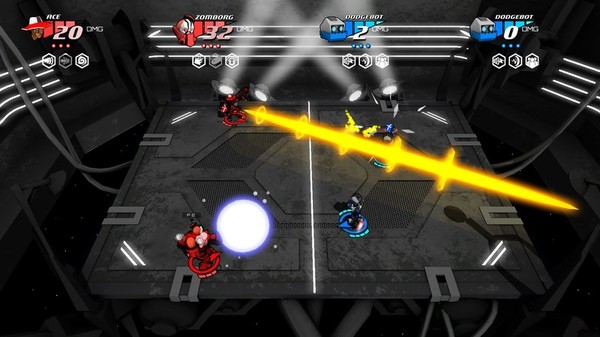 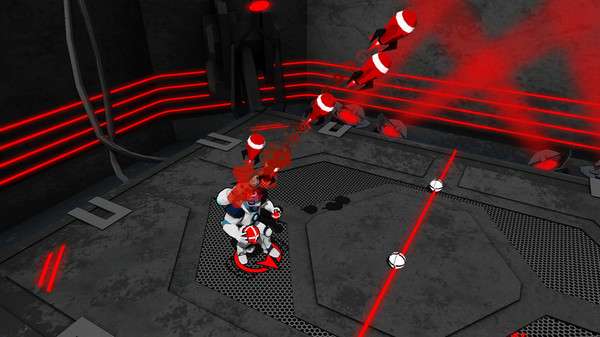 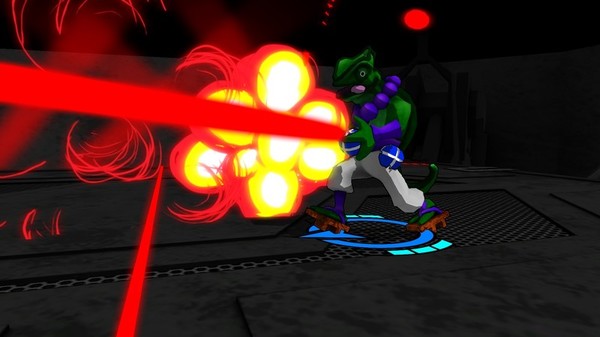