Already has Steam Workshop integration for sharing ship designs. More features are in the works.

Battlefleet Engineer is a game about smart ship design, fleet composition and tactical control in real-time battles. Fully physics-based movement, detailed damage model, and ship resource system make designing ships an engineering puzzle where you need to compromize between maneuverability, defence and firepower. This leads to interesting emergent behaviors and specialized ship designs that counter others, providing endless combinations and possibilities. In the battles you need to choose and time your engagements carefully, exploiting your fleet's advantages against the enemy and countering theirs.

If you are more casually inclined, the game comes with a library of ready-made ship designs to use in randomized and custom battles. You can be watching ships tear each other apart or flying around shooting at enemies yourself with just a few clicks.

Designing efficient (or wacky) ships is an important part of the game, but it is not required. Setting up random and custom battles is made easy, and your ships have basic combat AI so the game can also be played very casually. During battle you can also take full or partial control over any one of your ships to fly them manually, fire weapons etc.

You can design and test ships, then use them in premade challenge levels that give a score when completed, or in custom battles where you define the fleets and level parameters. The game is single player only against a combat AI in independent battles. Progression mechanics from battle to battle are not yet implemented.

To defeat your enemy, you will need to keep on top of the rapidly evolving combat situation and select targets for your ships based on weapon ranges, maneuverability and defences of both your own and the enemy ships. Positioning and timing of engagements is important because different weapons have very different effective ranges and ships usually only have heavy armor at the front. Keeping your fleet close together maximizes your concentrated damage output, but risks getting surrounded by the enemy. Using specialized ships such as "tanks" and "snipers" effectively can often decide the outcome of the battle. 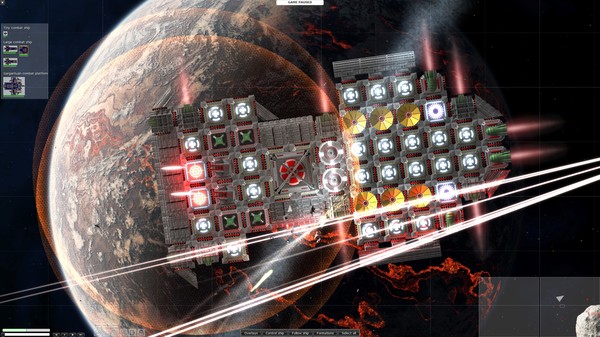 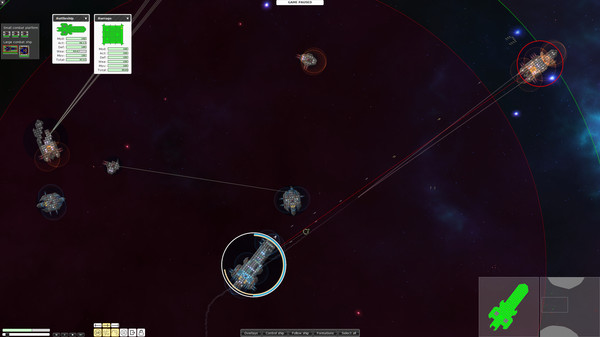 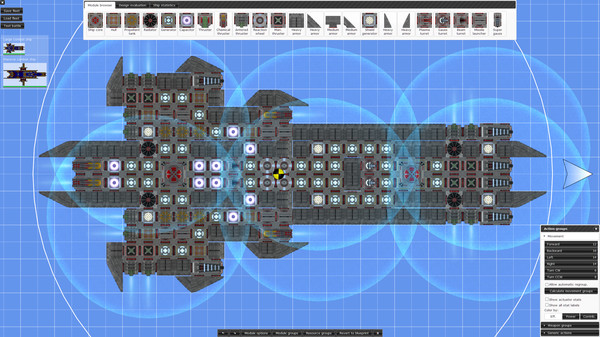 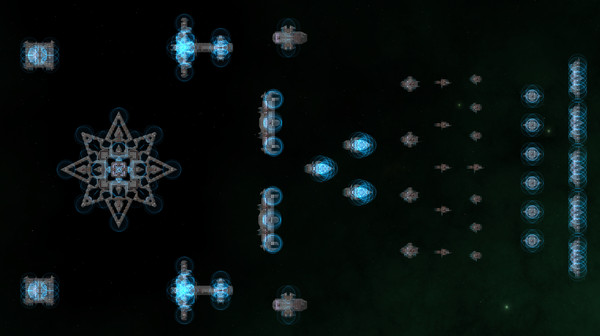 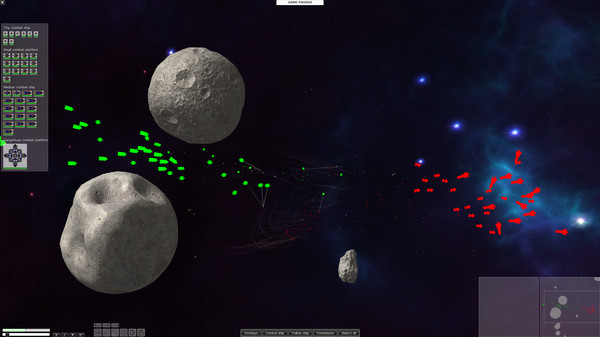 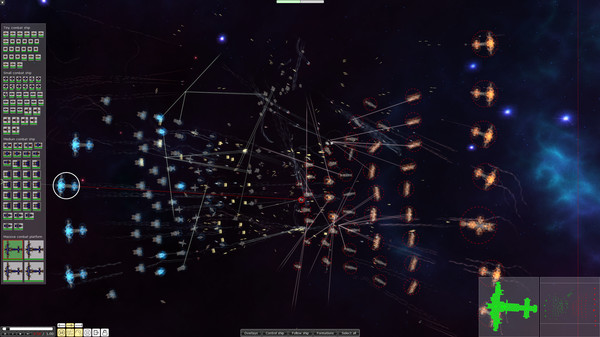 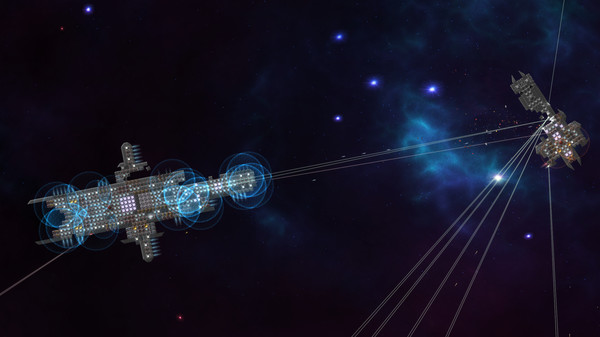 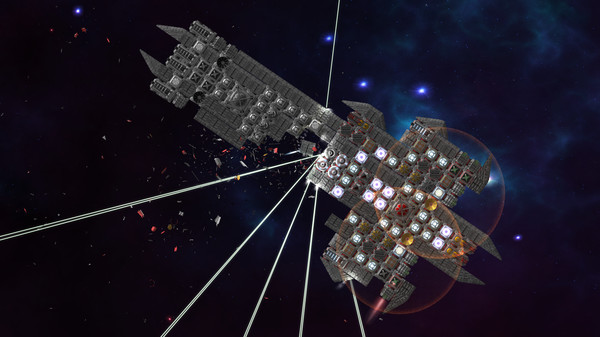 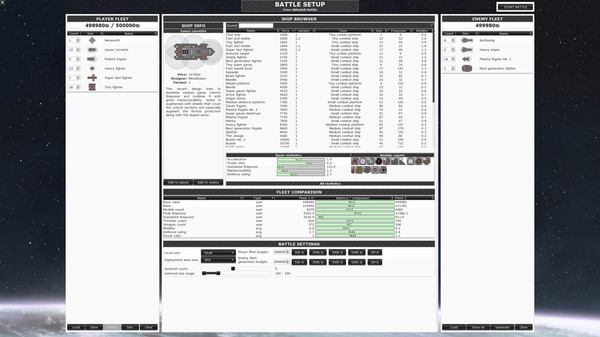