This is the demo for Res Judicata: Vale of Myth. In sticking with our consumer-friendly focus, demo save files are compatible with the full version, and upgrading from the demo to full version will unlock any earned achievements. Steam Cloud save files are also fully compatible. The demo contains the first two dungeons, three mini-bosses and two bosses, and features two of the four heroes.

"It all started with a drunken bet - kill the Culebre and make a sack of gold. After being swindled out of the prize money, things got heated fast. Now Garbhan, a Scottish Highlander, and Francis, a bard notorious for his inability to sing, reluctantly depart on a journey together."

Res Judicata, or RJ for short, is a 2D comical JRPG, set in an alternate-history Earth in 1315 AD, shortly after the Pope dissolves the Templar Order. Blending the best aspects of western and eastern RPGs and boasting an average playtime of 20 - 30 hours; RJ showcases mythologies, locations and cultures around the globe! Those tired of playing pest-control will be thrilled to hear there are no rats, bats, or orcs here; Vale of Myth's bestiary is a collection of hand-picked mythological creatures from many cultures. New to JRPGs? No problem! RJ encourages new players with a number of accessibility, difficulty, help, and save options. Take on the role of Garbhan, Scottish Highlander, as he battles (and drinks) his way across the old world. During his journey, Garbhan will join forces with three dysfunctional companions, including Francis, a bard notorious for his utter lack of singing talent, and Daron, a chivalrous ex-knight notorious for his skirt-chasing. Find a trove of hidden treasures and secrets and unravel the mystery of powers interested in these odd heroes, why spirit travel with them, and why ancient evils stir once more!

Each hero and villain in Res Judicata has a history, parents, full name and age, nationality, area of study, religion, job, elemental affinity, unique skill tree, and birthplace. Each of them have carefully chosen, symbolic names. Many carry physical and mental scars, deep motivations for their actions and conflicting emotions. They laugh, tease one another, have candid moments, lose their tempers, and cry. These individuals attempt to work together in teams and open up to their comrades, while attempting to protect their secrets. That's not all though, each location you can visit also has a history, and people in locations will react to in-world events.

Res Judicata takes place in an alternate-universe Earth in 1315 AD (stated earlier); as such, expect to travel to a number of real-world locations, like Venice, Toledo and Paris. These locations are strictly inspired by reality, with game-play and exploration as primary factors, and do not represent an accurate depiction of anyone, anyplace, or anything. Deal with (interpretations of) historical figures, mythological events, spiritual concepts, and political intrigue.

Res Judicata is full of secrets! Track how thoroughly a location has been explored on the World Map, which tracks all chests and secrets found on a per-location basis. Beyond the typical fare, some secrets unlock entire new playable areas, and a number hide grisly secrets. Care has been taken to allow players to journey to previous locations throughout most of the game.

There's one guard who says "Welcome to Toledo," and if you talk to the right man, you'll find out why that guard says that. Each location has its own concerns and rumors, and changes the player makes in one location can affect dialogue and events elsewhere. Tired of NPCs who never acknowledge when you took care of their problems? In Res Judicata, most (if not all) NPCs react to any concerns of theirs you address. Speaking of concerns, many people in Res Judicata need the help of a competent adventurer like yourself. Beyond sweet loot, some will also teach new skills or resistances.

Res Judicata, while story-heavy, has been carefully formed to make plenty of room for exploration and battle. Apart from traps, and cunning adversaries, the old world is full of monsters, demons, and ghosts. Upgrade equipment, cross-train heroes, unlock titles (achievements) for passive boosts, and make careful use of both skills and items to bring out the full potential of each warrior.

Great care has been taken to polish every inch of Res Judicata. Whether it's crabs scuttling around on the beach, auto-save, or closed-captioning, Res Judicata has you covered. Players looking for quick-action will appreciate the amount of world-lore available only through exploration, skippable skits, and easier puzzle difficulties. Forgetful players are helped by auto-saves and visual save-point reminders. Those with accessibility concerns will appreciate closed-captioning, screen flash disabling options, and color-blind friendly damage numbers.

Don't understand an in-game term? Just press a button for a quick explanation without interrupting dialogue flow. Each element of the in-game HUD can be toggled. Those stealth sequences you personally hate? They can be skipped. In a hurry? Increase the speed of dialogue and events by holding [OK].

We've paid and done the legwork for both ESRB and PEGI scores, so that consumers will know what they're getting into. Free fully-permissive streaming, review, and transitive work permissions are explicitly stated in our own EULA. Our products will never feature micro-transactions, we don't delete feedback (good or bad), and we will actively work with consumers to iron out any technical difficulties they may encounter.

We're really proud of Res Judicata: Vale of Myth. We welcome any questions, comments, and feedback regardless of whether you've bought our game. 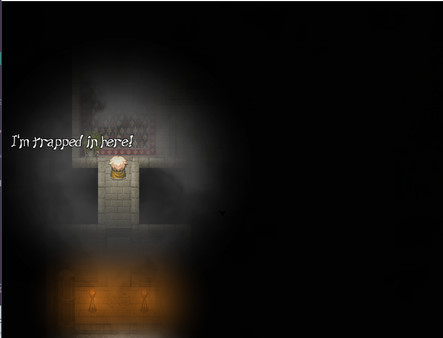 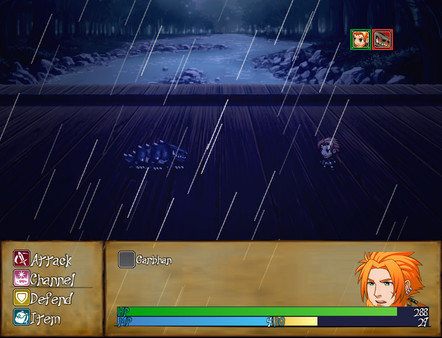 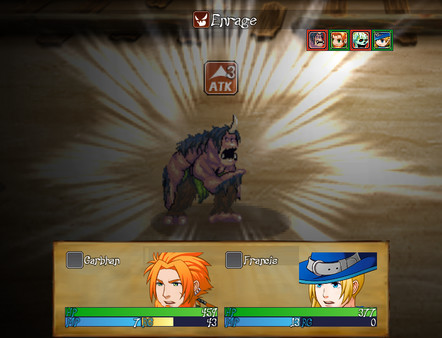 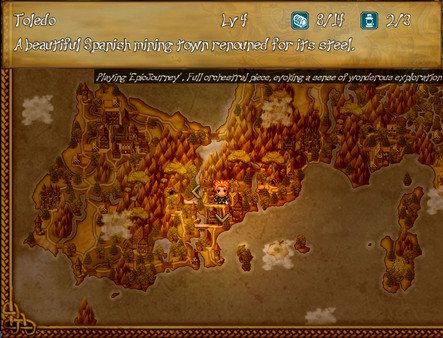 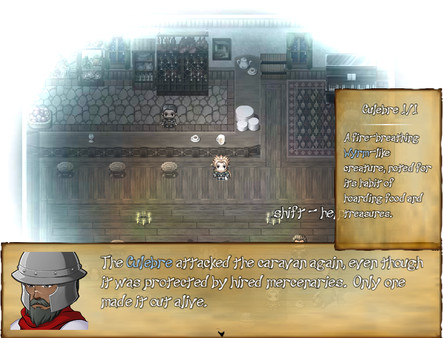 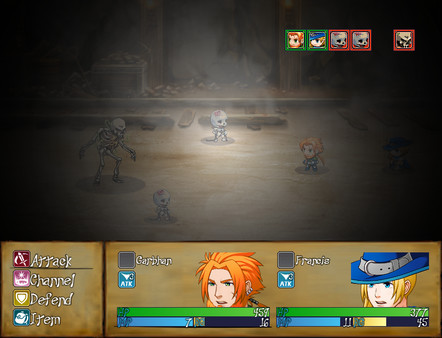 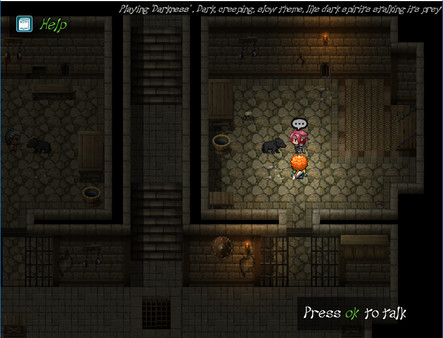