Impersonate your identical twin as the Swashbuckler, masked champion of justice! You have two weeks to rescue the REAL Swashbuckler and marry the mayor before superpowered criminals take over the city.

The Hero Unmasked is a 300,000 word interactive novel by Christopher Huang. It's entirely text-based, without graphics or sound effects, and fueled by the vast, unstoppable power of your imagination.

As our story begins, you have everything you've ever wanted. Your TV news show is the highest rated in the city, and you're engaged to the mayor, with two weeks until the wedding. But when superpowered criminals kidnap the Swashbuckler, you realize the awful truth: the person in the ransom video is your identical twin, and everyone thinks it's you!

How is this going to work? Can you keep up the charade? Do you want to? When you meet the Swashbuckler's sweetheart, will you remain faithful? To whom?!

Who Is Really Behind the Mask? 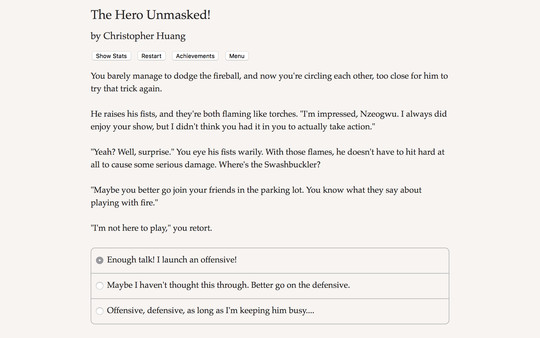 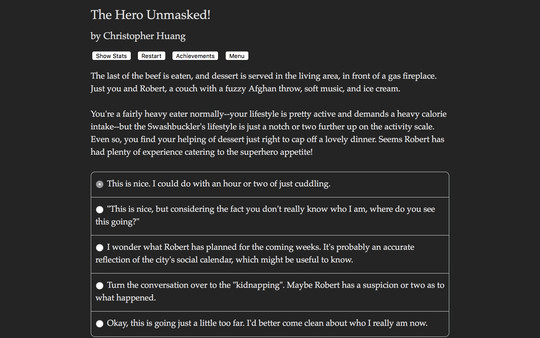 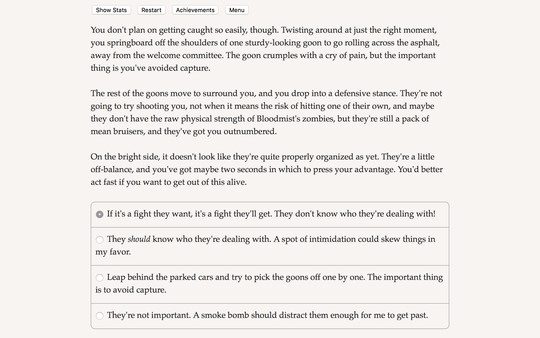 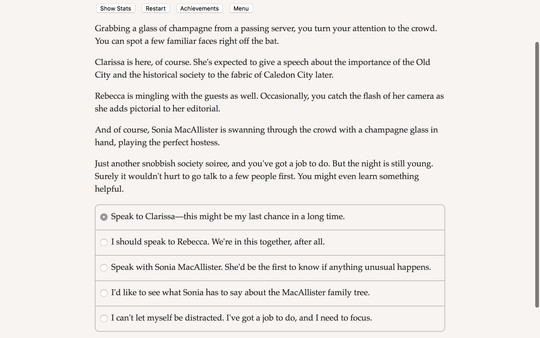 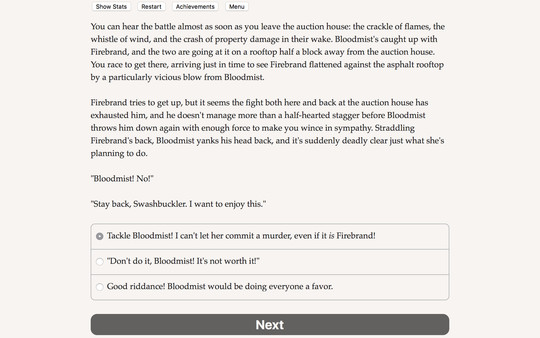