Sprite Lamp is a tool for combining the styles possible with 2D art, such as painted or pixel-art looks, with dynamic lighting found in modern games. Game developers will be able to make games in the style of classics like Metal Slug or Braid, combined with the gameplay and visual appeal made possible by moving or otherwise changing light sources. This is achieved by the artist painting an object lit from several directions, images called 'lighting profiles', and then processing them into normal maps, depth maps, ambient occlusion maps, and a few others. Sprite Lamp also includes a variety of shaders designed to get the most out of these maps.

Sprite Lamp is all about letting artists paint images in a form they are familiar with, and using those images to create the more difficult or counterintuitive maps that are required by modern shaders. This primarily takes the form of painting the same subject lit from a few different directions - between two and five - and processing these images to create a normal map and a depth map.

Upgrading to the pro version of Sprite Lamp gives the user access to a variety of additional features suited to larger studios. 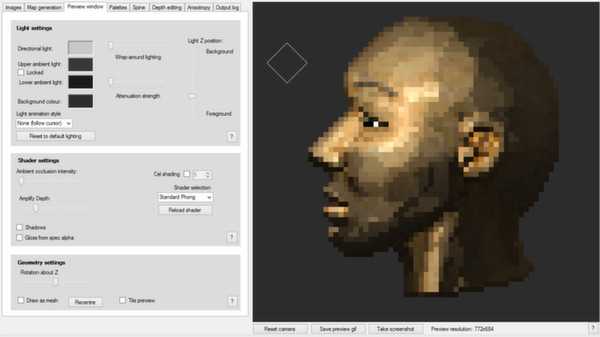 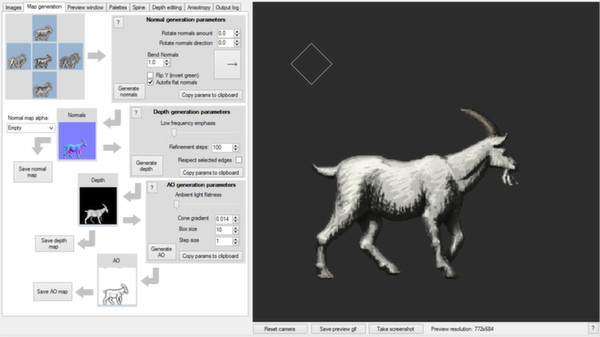 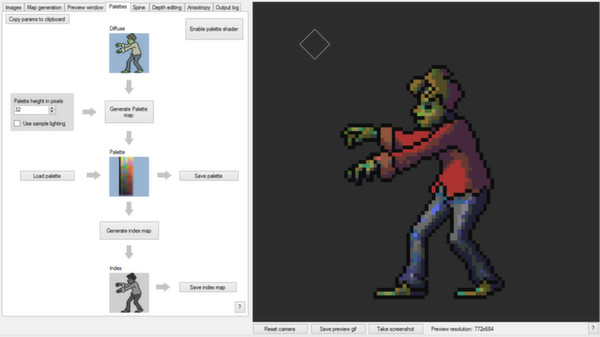 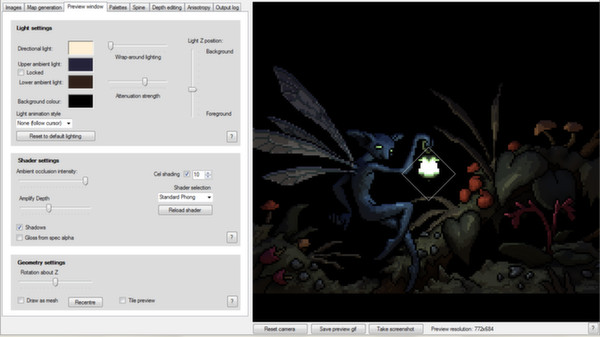 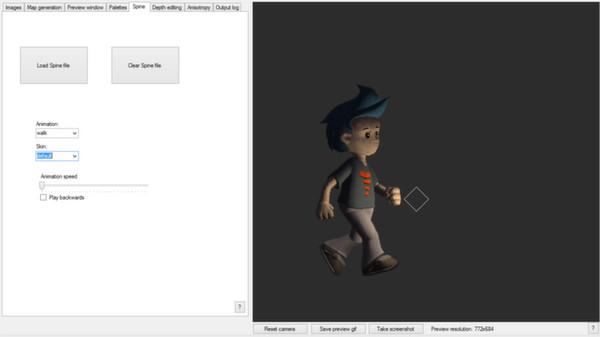 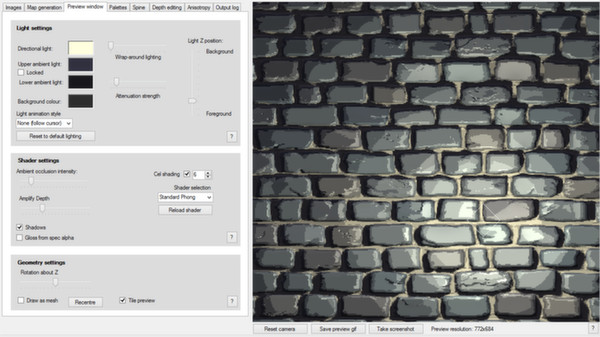