The second installment of the "刻一刻(KIK)" series!

Setsuna is a human who has acquired the power of a yokai.
Setsuna meets Tsukumo, a clock yokai.

They confront yokai in an attempt to solve
the mysteriousness of the cursed beach!

Retro arcade-style STG is here!
Can you withstand the oncoming barrage of bullets in a Japanese-style world?

This game has the basic STG elements as they are, with the following original elements.
・Stop the time! ：KIK (Koku-I-Kkoku)
・Attack power up! Invincible!：GST (Ghost)
・Turn enemy bullets into point items!：REN

How to play
How to play is quite simple.
You take on stages 1 through 6 in order, arcade style.
If you get game over in the middle of the game, no problem!
You can start over again from the stage where the game is over as many times as you want.

Beginners are welcome!
Do you think that STG are very difficult?
This game has a very easy difficulty level.
Even if you are a beginner of STG, you will have no problem.

Attractive Music
The music is one of the main attractions of this game.
The music is composed of Japanese and Chinese instruments with modern melodies and rhythms.
You will surely feel the unique world view.

Utsushiyochigai
It is a world that exists parallel to the present world in which we live,
a world inhabited by gods and Yokai.
It is a parallel world that was once connected to this world, another Japan.

This story is a new generation Urashima Taro*,
in which two girls confront yokai in order to solve
the cursed beach incident in Utsushiyochigai!

*Urashima Taro is a Japanese folktale.

I. About the Utsushiyochigai
Utsushiyochigai
It is a world that exists parallel to the present world in which we live, a world inhabited by gods and Yokai.
It is a parallel world that was once connected to this world, another Japan.

The inhabitants of the two worlds have long held traditional festivals and events,
and humans, gods, and Yokai have shared civilizations. However, with the passage of time,
interaction with the Utsushiyochigai decreased and their culture became obsolete.
Eventually, humans forgot their boundaries with the Utsushiyochigai and lost their relationship with the gods and Yokai.
In this way, the gods and Yokai became a part of this world.
Thus, gods and Yokai disappeared from our world and were treated as phantom beings.
They are now treated as phantom beings.

Ⅱ. About "KIK”
Setsuna is an office worker.
Through a certain event, she meets the Yokai Tsukumo and is able to travel between the two worlds.
Tsukumo is a clock Yokai and can use the power of "Kokuikkoku(KIK)" to manipulate time.
Setsuna, too, has learned to use her Yokai powers through her encounter with Tsukumo,
and has gained the ability to fight Yokai.
Tsukumo is bored.
Tsukumo offers Setsuna an interesting proposition.
The two of them then go to Utsushiyochigai to exterminate Yokai, which is their daily routine.

Ⅲ. The Beginning
There is an abandoned house on a secluded beach in Utsushiyochigai.
Once upon a time, there were many houses near this beach, and the area flourished as a fisherman's village.
One day, however, a young man who went fishing suddenly disappeared.
People gradually moved away from the beach,
thinking it was the work of a terrifying Yokai, but the young man's family did not leave the beach and continued to wait for his return.
In the end, however, the young man never returned home.
One day, several hundred years later, an eerie voice could be heard coming from an abandoned house in the middle of the night.
It turned out to be the family of the young man who had become a Yokai out of hatred for the sea that had kidnapped their son.
Day by day, the voices grew louder and louder.
The voices grew louder and louder day by day, and more and more Yokai began to appear on the beach. Soon,
the sea became rough on many days due to the influence of the Yokai, and no one went out to fish.
People were afraid and prayed to the gods for the Yokai to subside.

Ⅳ. Beginning of Journey
Having overheard the whole story about the incident on the beach,
Tsukumo was gathering information in Utsushiyochigai.
Tsukumo's preliminary investigation had led him to the existence of an abandoned house
that had fallen into disrepair, but he did not know why it had fallen into disrepair.
Back in our world, Tsukumo happily told Setsuna about the incident at the beach.

"Setsuna, I know you've been wanting to go fishing lately."
Setsuna knew what Tsukumo was going to say.

Setsuna says,"What do you mean? I'm not interested in fishing."
"There are beaches where you can catch a lot of fish!"
"Tsukumo doesn't want to go fishing, does he? Besides, I've never been fishing."
"Hmmm...then...maybe if you solve the case on the beach, the snapper and flatheads will dance for you!"
"That would be Urashima Taro*. I'd rather eat fish than watch them dance."
"It would be more interesting if the fish danced."
"Calm down. Fish can't dance."
"Are you going? You're not going?"
"Yes, yes. I'm going."
They thought that there was a powerful youkai in the abandoned house,
so they set out on another journey to Utsushiyochigai today. 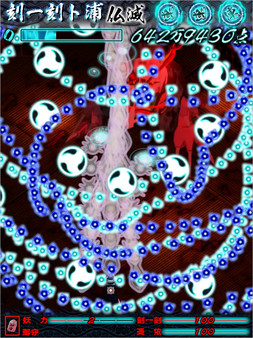 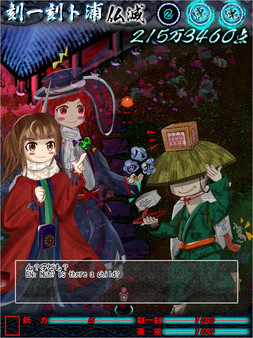 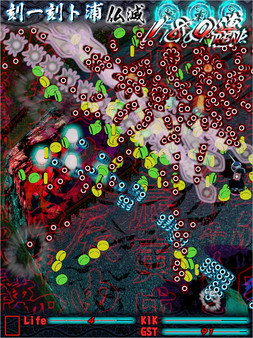 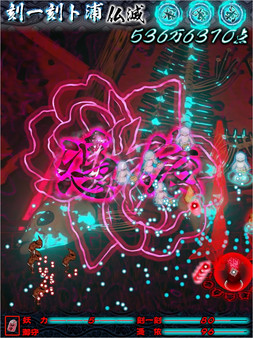 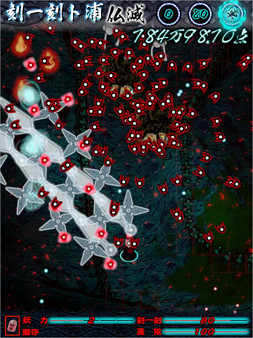