Make your own manga with ComiPo!
The next gen manga software!

ComiPo! is a revolutionary software application that allows anyone to quickly make short comics and manga. Users can easily create their own unique stories and situations simply by choosing one of the 3D characters included with ComiPo! and one of the preset pose. The program also offers over 100 unique body poses and facial expressions to choose from, along with many background images, items, sound effects, word balloons... Everything needed to make a easily make a cool looking comic come to life.

Posing 3D Characters
Drag and drop a character from the ""3D character"" menu! Select a pose and face from the templates. There are over 100 poses and faces to choose from! They are categorized by the character's emotions, so it's simple to choose the right expression for any situation!

Changing Camera Angles
The character model is 3D data, so you can view the character from any angle just by dragging the red circle.

Background Images
You can import data, such as a picture you took with a camera, and then use it as a background image.

Balloons
You can choose from many different kinds of word balloons and thought balloons.

Effect Lines
Drag & drop an Effect Line from the assets menu. You can make a dynamic panel instantly! Effect Lines can be used as balloons to make it look like a monologue is taking place.

Character Customization
You can create your own original character easily by selecting items such as hairstyle, clothing, eye color and accessories. Customize your own unique characters and add them to your manga!

Warning!
Manga Maker ComiPo! on Steam is a Steam exclusive version.
The Collections available for other (non Steam) versions of ComiPo! are already installed with your Steam version.

The Japanese and Korean version of Collections for ComiPo! are not compatible with the Steam version of ComiPo! english. 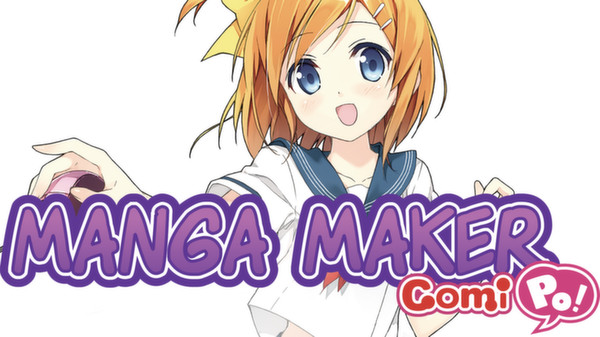 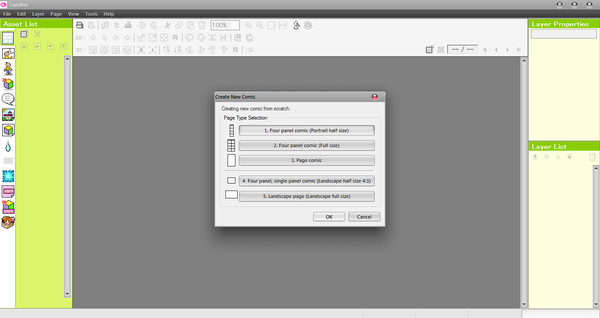 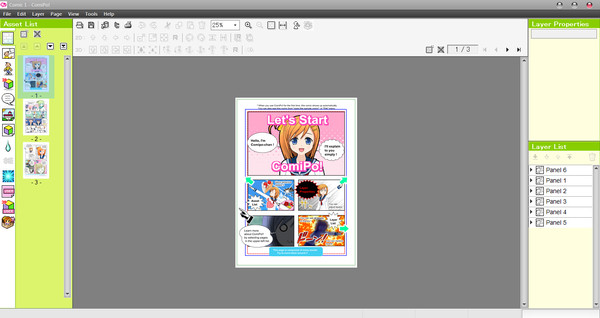 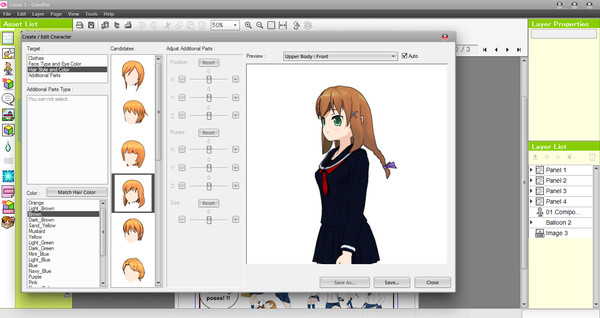 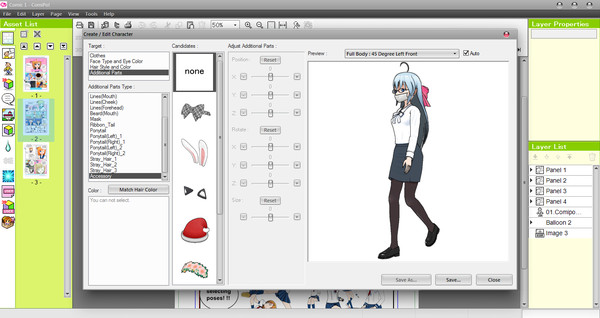 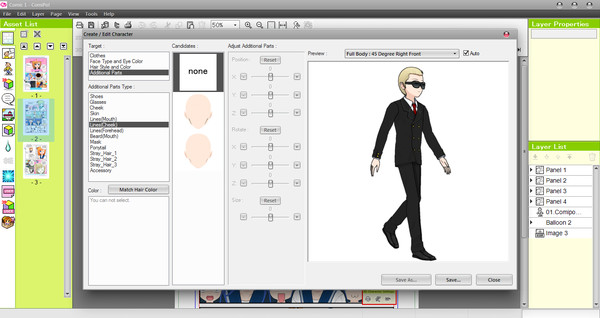 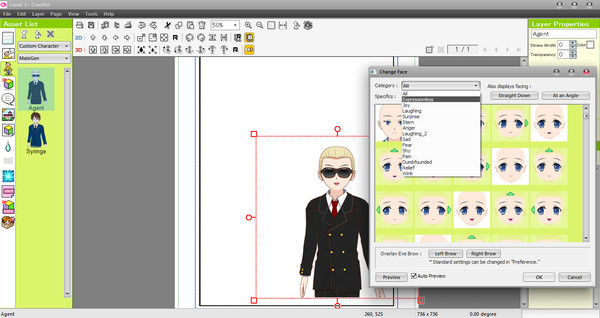 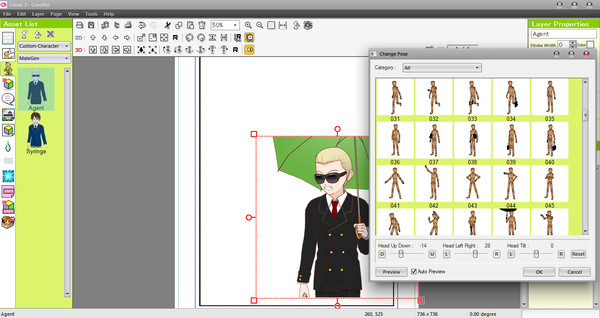 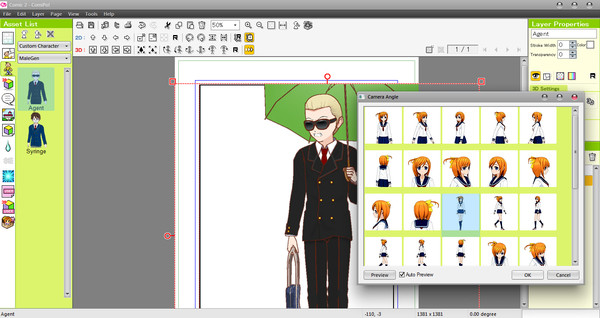 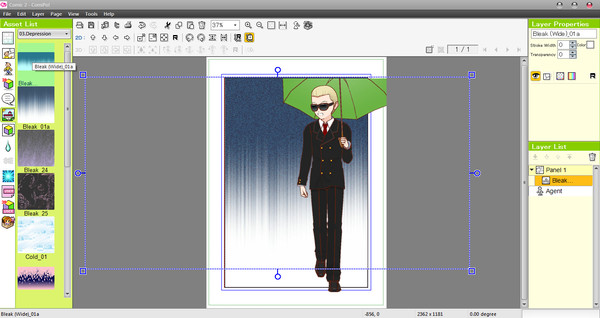 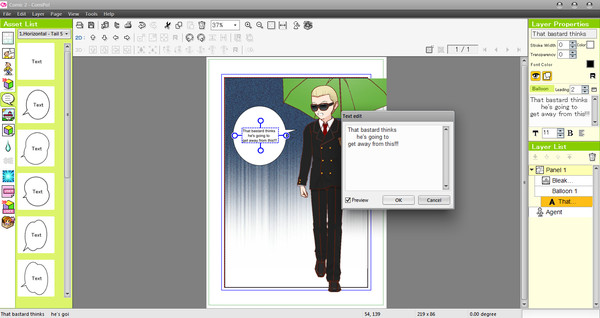 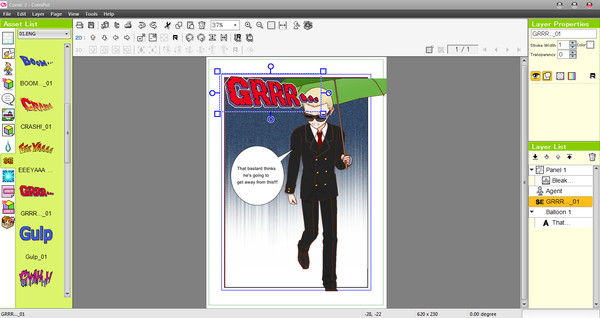 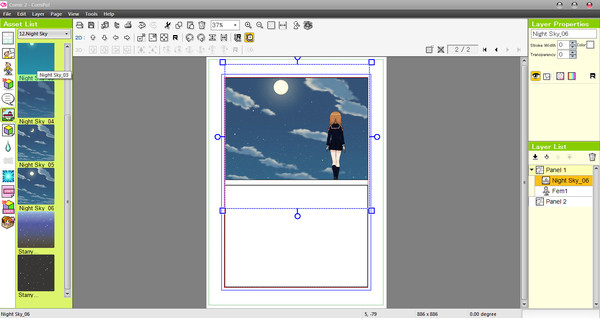 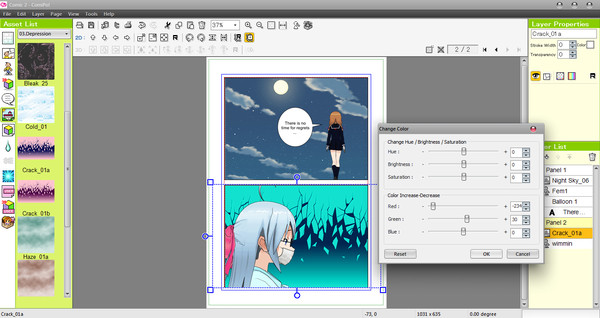 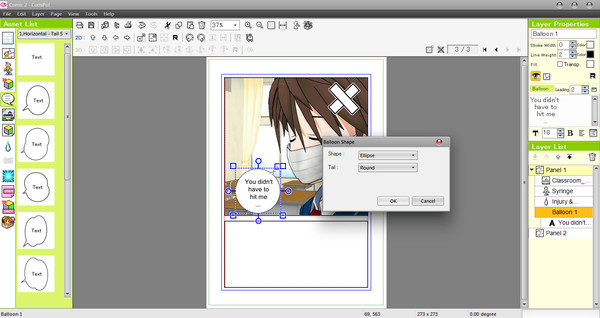 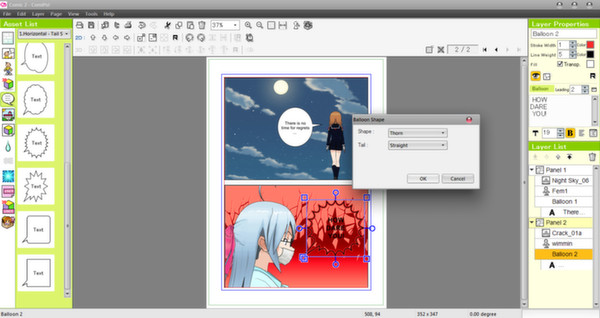