Before buying this, please read this update: https://www.kickstarter.com/projects/iocainestudios/steam-bandits-outpost-0/posts/1611549

Q: Is this a Facebook game?
A: Nope! We’re using a cartoony art-style, but that’s it for the Facebook similarities. The game is closer compared to old-school SNES rpg's.

Q: Is this pay-to-win? What’s up with the free-to-play thing?
A: That’s two questions, but I’ll let it slide this time. This game has ABSOLUTELY NO pay-to-win elements. We despise those mechanics and we’ll never go there. We were initially calling ourselves free-to-play, but a lot of people got the wrong idea. Now we have a Free Version (coming later) which will include all of the townbuilding/vanity stuff, but will not include Acts 1 - 3 of the RPG side of the game. The full version includes everything.

Q: I remember the Kickstarter for this and you guys didn’t mention it was an RPG. Is it really an RPG?
A: Absolutely! A few things happened after the Kickstarter and we felt adding more RPG and story stuff to the game would make it better.

Q: Is this a mobile game ported to desktop? Because I heard…
A: You heard wrong, my friend :-) We have designed the game to work on any device, including desktops. In the past, the UI was very mobile friendly since that was easier for testing. Now that we’re in beta, we’re splitting the UI and working on one specifically for desktop computers.

Q: Speaking of that, the controls are pretty stiff and limited.
A: That wasn’t a question, but yeah, we had a single control scheme during alpha. Now that things are a bit more solid, we’re going to be adding WASD and gamepad movement support soon.

Q: Hold on, why do I need to register an account on your site?!
A: In the future, it will be optional. Right now we need players using accounts since it helps us with testing. And hey, having an account lets you resume your game on any device, so it’s not all that bad.

Q: So I’ve been playing for a bit and I found some things aren’t fun.
A: Again, not a question… So, if something isn’t fun, we’ll fix it. That’s the point of Early Access :-) Please let us know in our forums so we can discuss it with you and come up with a solution.

Q: When will the game be done?
A: We’re hoping to having version 1.0 ready by August, but we’re a small team and things happen. If there are delays, we’ll be sure to communicate them to you guys in our forums and updates.

Q: What about after that. Any expansion plans?
A: We have about 4 expansions planned out so far, with a new one coming out once a year. Each expansion will add new features, increase the level cap, and add a bunch more story content for Act 4 onwards.

Steam Bandits: Outpost will no longer receive updates as it will be split into smaller games soon. Anyone that purchases Outpost will get a free copy of those games.

** This game requires a constant internet connection since it's cloud based **

Explore the skies of a Steampunk world while discovering islands, taming beasts, and battling anything that stands in your way. When you've had your fill of adventuring, you can build up an outpost to serve as your base of operations for crafting and sending your followers out on missions while you're away.

Your friends can also set up outposts which you can visit and help out. Oh, and did we mention that your account is fully cross-platform and cloud-enabled, so it can be resumed from Android/iOS devices? Yeah, it's pretty slick.

Join us for beta to start your journey!

The Adventure Pack gets you access to the game on Steam, Android, and iOS. It also will include all 3 acts of the story part of the game when it launches.

Known Issues in This Phase

Also, there will be a character wipes

While traversing the world of Stratos, you will:

Stratos is a world of floating islands, fragmented and strewn across a seemingly-infinite sea of clouds. Although it is unknown whether it has always been this way or whether the islands were once a part of something far below, Stratians are well-adapted to their setting. Societies have been established on the largest of the sky islands, and their peoples have learned to use flox--the very mineral that keeps their world afloat--and other natural resources to their advantage. 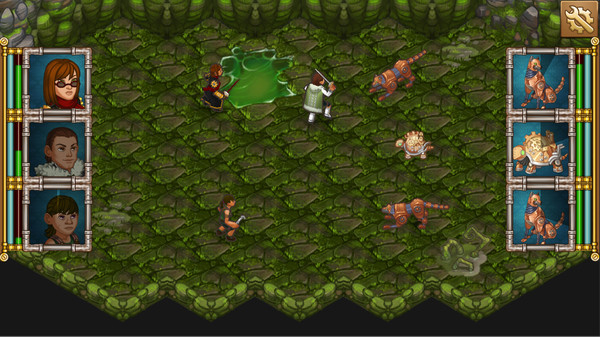 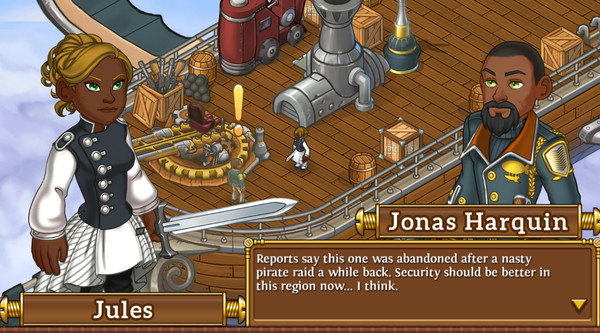 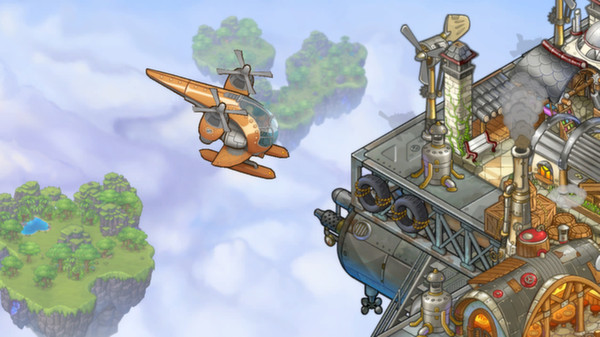 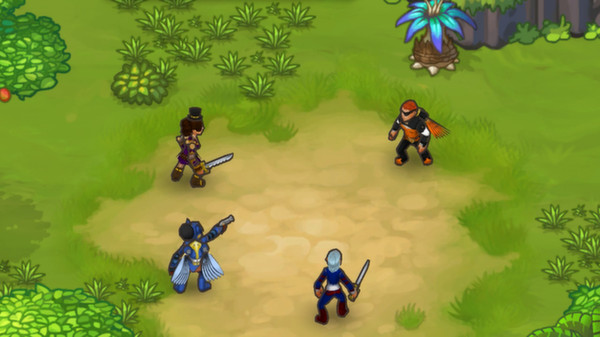 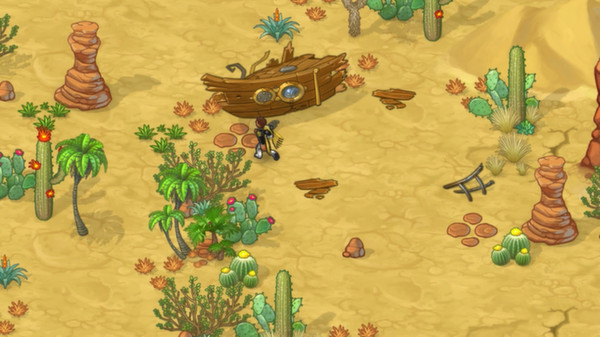 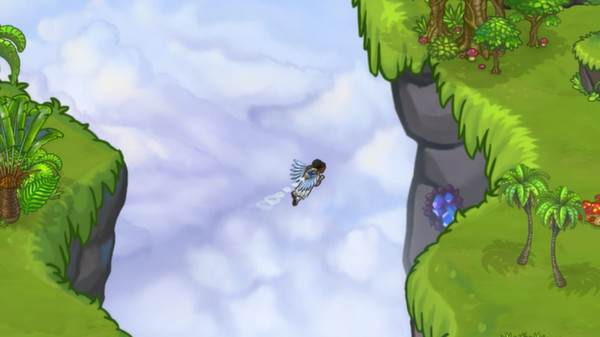 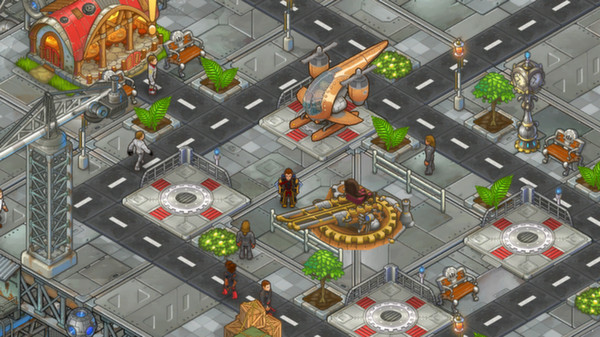 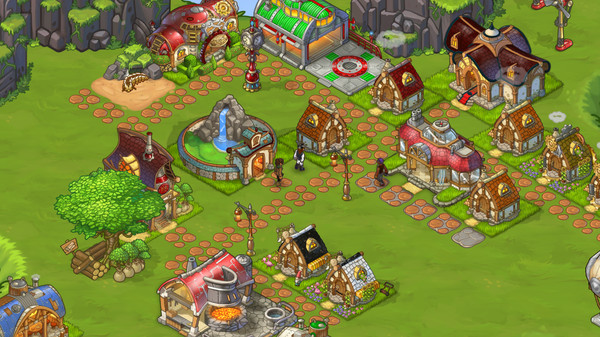 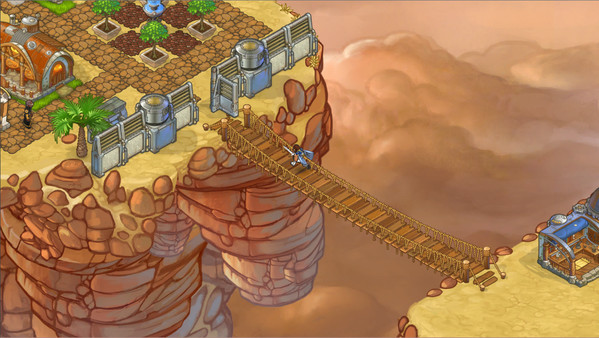 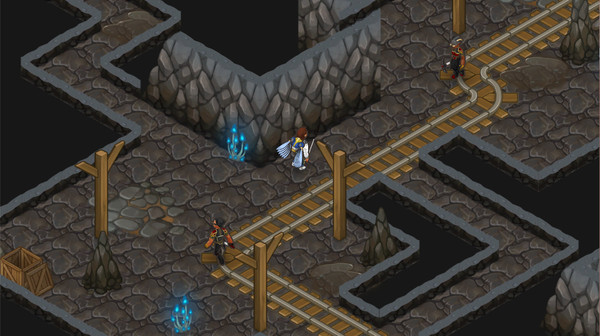