Описание Fall of an Empire

Your empire is slowly falling. Bickering vassals and barbarian hordes threaten to bring about its destruction. Thousands of years of history have led you to this point, can you be the one to halt its decline?

Fall of an Empire is a survival strategy game. Set in an ancient empire, you've taken control in a military coup and crowned yourself Emperor. However, you'll need to defend it from the barbarians that are preparing to attack, and you'll need to balance the needs and wants of the rulers of your provinces against each other. It's inevitable that eventually your empire will fall, but it's up to you to see how long it can last.

Command your Imperial legions. Recruit your armies, bring them into battle against your foes and crush them utterly - though be sure that your strategies are not outmatched by your enemies...

Feel the size and scale of the land you're ruling, with almost a hundred and fifty settlements and 500,000 citizens you must watch over. Fall of an Empire truly makes you feel the gravity your rule.

There are twelve individual rulers that you need to play off against each other, balancing their opinions of you and each other. Immerse yourself in a byzantine system of treachery, backstabbing and deceit.

Learn the history of the world through events and dialog. Uncover the secrets of your forebears and the complex world which you inhabit. Do you have what it takes to make the decisions of an Emperor?

Скриншоты Fall of an Empire 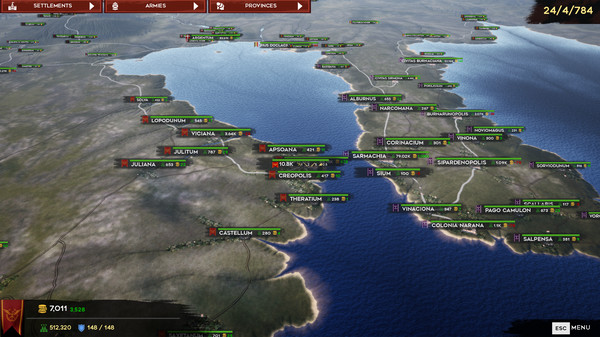 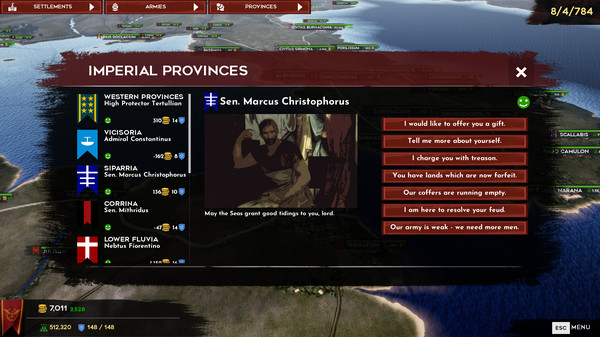 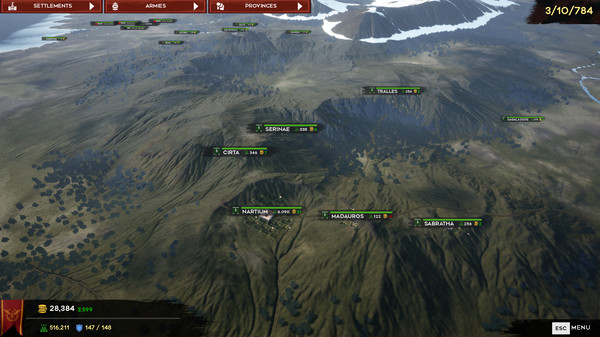 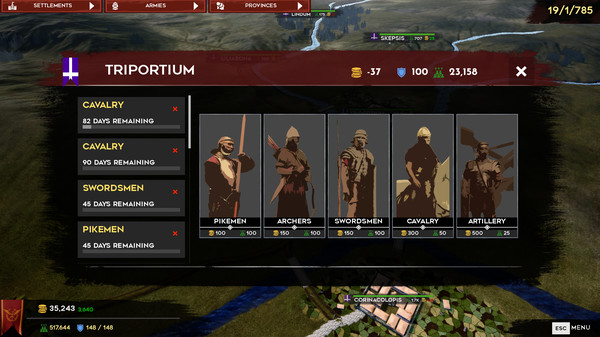 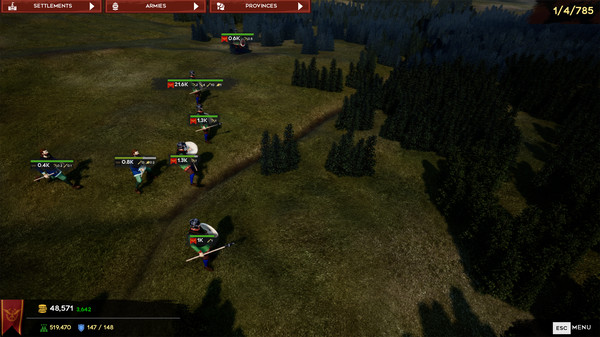 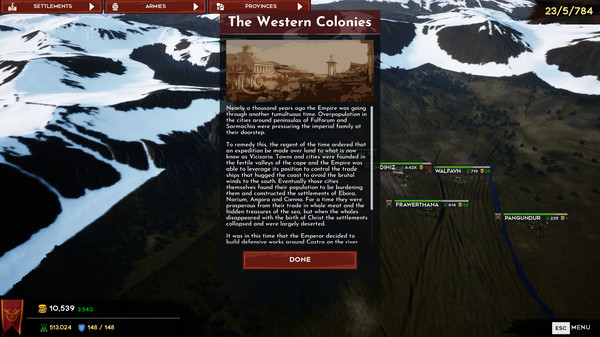